During the years I’ve collected a decent number of musician-related objects and now I have what I define a pretty decent setup.

In this post I’ll introduce you to my small my lovely music setup.

As you probably know audio is just a wave, propagated through a material, usually air. Our ears convert this air movement into an electric signal which is interpreted by our brain as sound. When we listen to music and we don’t have a live band playing acoustic we need some speakers, that have the role of moving the air creating a sound wave. Speakers can be very small, like inside a pair of headphones, or quite large. When music is digital (the simplest example is an mp3 file) it needs to be converted to the right electric signal to be sent to the speaker. This is what a Digital Analogic Converter does.

You would probably guess that every computer, smartphone or music player has a DAC built in and you would be absolutely right. But when it comes to music you must always remember that every single electronic component affects the final sound in some way. Therefore having a dedicated DAC, made with premium materials, is way better than using an integrated one.

Also, audio interfaces work in the opposite way, too: having an electric signal (like from a microphone) you can convert it to a digital format. Since I plan to record music this is extremely important to me.

The interface I chose is a Focusrite Scarlett 2i2, which is the perfect combination of “not so expensive” and “good quality”. It is also famous for its preamp quality (more on this later).

Now we need something to listen with. One of my most recent purchases is a pair of Sennheiser HD 260. It is a very cheap pair of headphones (I’ve paid it less than 30 euros) but it’s extremely good for what it offers and my needs weren’t very special: just a balanced pair of headphones with a minimum amount of passive noise canceling.

What I really need now is a pair of monitor speakers, because headphones are generally not great for mixing audio.

Another recent addition to my setup is my microphone. After months of proper researches, I’ve decided on a Shure SM57. It is a great mic, industry standard, used for recordings and live events, perfect for pretty much every instrument (including my beloved saxophone) as well as voice. If you didn’t know it’s the same microphone used at the White House for president’s speeches. If you want to record voice just consider buying its anti-pop filter, like I did, because it really catches every noise you make. 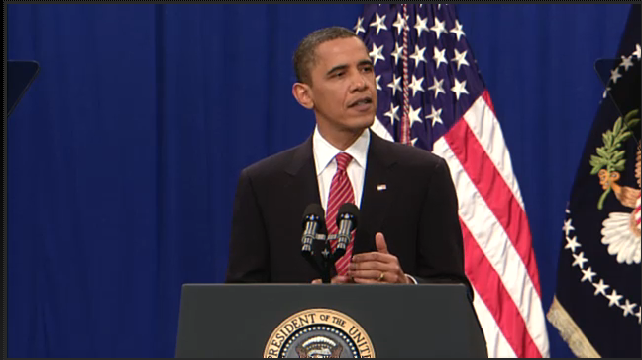 Note that this microphone requires an audio interface, with a proper preamp and XLR connector. Also, I warn you that if you want to use it with a Focusrite Scarlett you’ll have to compromise with some problems.

Ok. Maybe it’s time to explain what a preamp is. Every audio source has a different volume and microphones have a particularly low signal. For this reason, they always require a preamp, which stands for “preamplifier” and which has the role of amplifying the signal a little bit before mixing with other inputs. Every mixer has preamps for the XLR connectors. Some microphones also require a higher voltage to work, the so-called “phantom power”, 48 V, which the Scarlett can provide. That’s not the case of the Shure SM57, though. (Remember to use phantom power only with the right mics or you could break them)

The problem with the combo Scarlett-SM57 is that the Scarlett preamp is not so beefy and the Shure SM57 (as well as its brother SM58) has a particularly low signal. The microphone will work with no problem whatsoever, but you could need to add some amplification in post-production and you won’t probably hear any direct monitoring. Do not turn the gain dial over 75% or you’ll make the microphone too sensitive and it will catch every small noise in your house (but it will become extremely funny to do ASMR).

My final techy gadget which is more for live performances than for recording, is my sweet Boss RC-1, a beautiful entry-level loop pedal, which allows me to play one-man-band things. If you don’t know what a loop pedal is, it’s a device that records what you play and reproduces it in a loop, allowing you to layer multiple tracks and sound like a full band.

Finally a brief note on the software I’m using to record. Focusrite provides you with a free license of Ableton Lite as well as some plugins and packages. I got used to that software and I really liked it. However, since I moved to Linux as OS, I had to find another program (Ableton is only available on Windows and Mac OS). At the time of writing, I’m still evaluating Reaper, it seems quite good and professional, but I have no idea how to use it and it requires a paid license.

That’s pretty much it. I know it’s nothing special and I don’t have many useful things. But I like it and for my absolutely-not-professional-experience it’s fine.

If you have suggestions about specific product or ideas about everything that comes to your mind, I’d love to hear them in the comment section :)